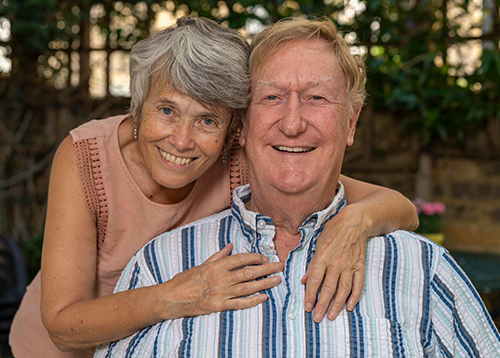 Dr Anne (Annie) Campbell enjoyed a fulfilling profession as an independent documentary maker. Having worked for many years for the BBC as a Producer/Director, including on BBC's flagship current affairs program Panorama, she later became the Bureau Chief for Canadian Broadcasting Corporation.

Subsequently she and her husband at the time, Bill Moir, formed their independent film company, Quality time TV. Sadly, after 27 years of a very happy marriage, Bill developed cancer to which he succumbed in 1998, leaving Annie widowed at the young age of 50 years.

She was devastated by this loss and hid much of her grief by throwing herself into her work. She first came upon 'A Course in Miracles' (ACIM) after reading Eckhart Tolle's book, 'The Power of Now', and began practicing all the Course's lessons.. Annie suddenly found herself coming out of the deep depression which had engulfed her following the death of her husband. After four years, Annie found love again and planned to re-marry. Tragedy struck again when she returned home one evening to find her husband-to-be lying dead on their kitchen floor....

Once again, Annie buried herself in her work, completing a documentary series entitled 'Death' funded by Channel 4. The series won a BAFTA after it aired in 2002.

Following this second loss, Annie began deepening her study and practice of the principles of ACIM, and in 2013, she met her present husband, John Campbell, who was also a committed student and teacher of the Course.

Together, they committed their lives to the practice of ACIM and followed their newly found 'inner guide' to support others who came into their world seeking the 'better way', which ACIM promises to show students.

John has been an international traveller since his birth in India and his early formative years in South Africa and Kenya. His family moved to England when John was seven years old. He was not enthralled with schooling and life in general in England. Hence, at age seventeen, he joined the Merchant Navy as a Navigating Officer cadet.

After working his way up through the ranks, John gained his first command when he was made a captain at age twenty- six. In 1976, John was promoted to Managing Director of his company's operations in Nigeria. It was at this time that his life began spiralling out of control.

After several bouts of depression that had plagued him since childhood, John admitted himself to a rehabilitation centre to address his mental health issues. It was in this centre where he first experienced a profound Spiritual awakening.

In 2001, with his marriage breaking down, he came upon 'A Course in Miracles' for the first time. Initially, John could not understand this new teaching but kept reading it anyway. After reading a book entitled 'The Disappearance of The Universe' by Gary Renard, John finally realised what ACIM was all about. He became a dedicated student, practicing the lessons and reading the text daily....

Gradually, John's life began changing, and he began experiencing real joy, which was not dependent on anything which was happening in his outer world.

His synchronistic meeting with Annie in 2013 was a major turning point in his life. With them both being so committed to ACIM, it was clear that they wished to spend their lives together, deepening their understanding of the Course. They began facilitating ACIM Groups and supporting those who found their way to the teachings of A Course In Miracles.

John is the author of 'The Secret of Intimate Relationships' (2010). 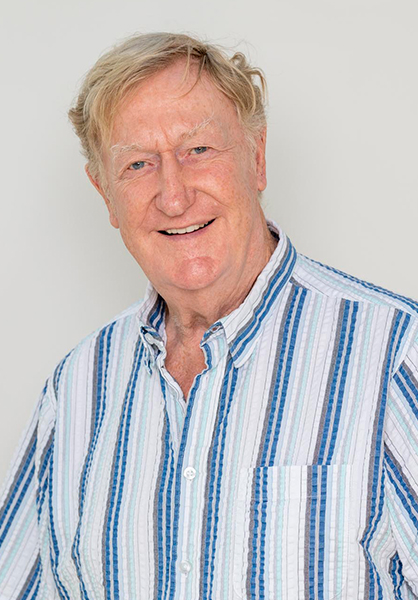 Annie & John also apply the lessons of A Course In Miracles in their intimate, physical relationship. This is a way of assisting the change from, what ACIM refers to as, a 'special' relationship (which is of the ego and results in conflict and often separation) to a Holy Relationship (which creates peace, harmony and joy).